Definition of a Monsoon:
Monsoon – Any wind that reverses its direction seasonally. Courtesy of NOAA.gov

Life in the desert can be harsh, and the unique weather patterns and the storm-producing monsoons are something to consider when visiting during the summer. The high temperatures of that season can bring different types of storms, some dangerous. Which is why photos of Phoenix area dust storms and monsoon storms can be both intriguing, beautiful and scary. 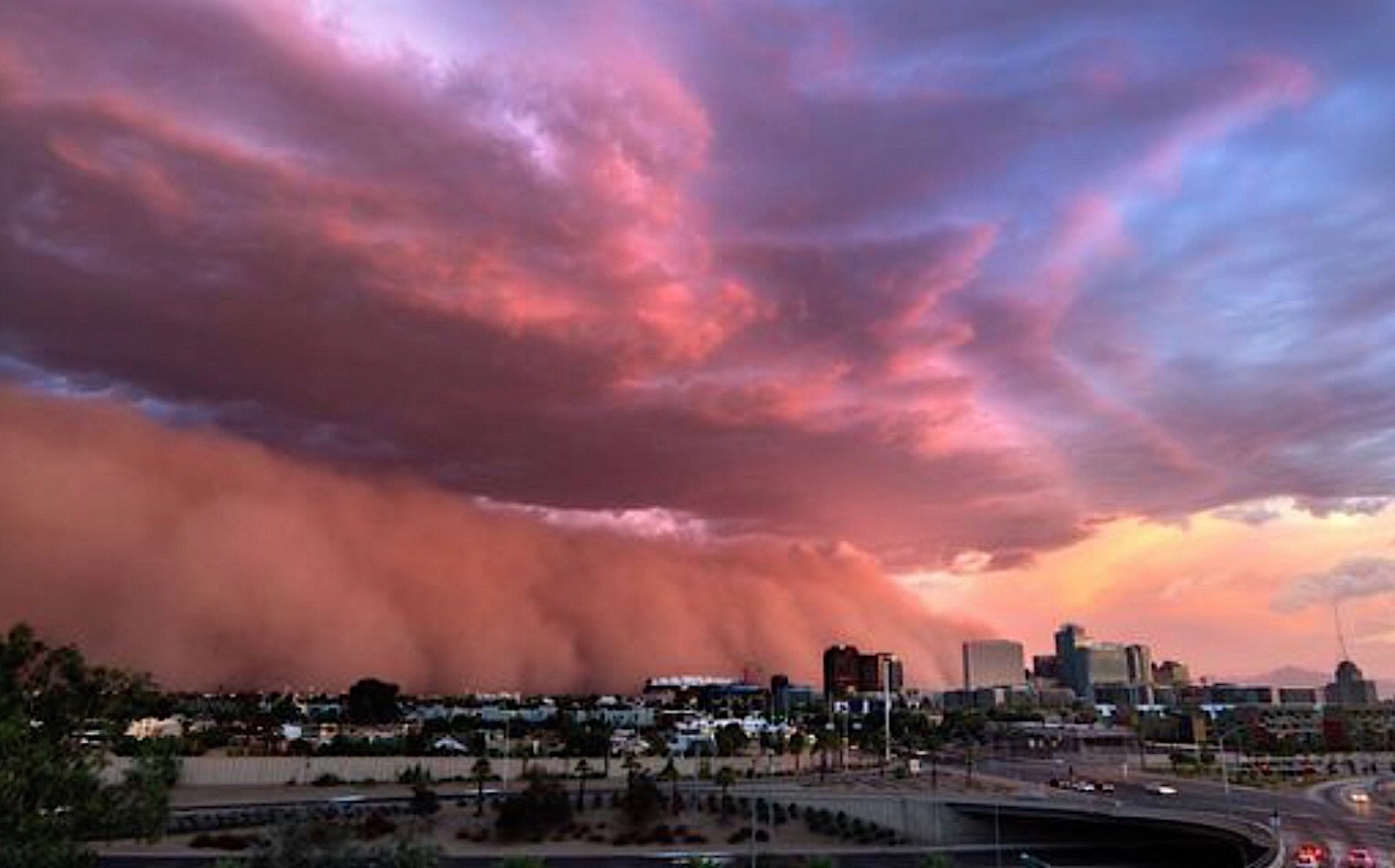 WHAT IS A MONSOON (HABOOB)

The monsoon season for Phoenix begins in mid June and ends in late September, however the storms peak between mid-July and mid-August. Our monsoons hit hard and fast are gone just as quick, typically lasting from 30 minutes to a few hours.  Monsoons are an important part of our water supply.  On average, about half of the state receives about half of its annual rainfall during the monsoon season. The state of Arizona receives a statewide average of about 12 to 13 inches of rain per year.  Phoenix is not known for tornadoes, earthquakes, hurricanes or sub zero temperatures but monsoons are a small part of our summer months.  One thing is for certain when living in the Phoenix area, you will never have to shovel sunshine.

As a native of Arizona and an avid outdoorsman, I enjoy Arizona even in the summer.  Yes, it’s hot and there’s no getting around it, but it is in fact, a dry heat!  That’s important to note, as humidity is a rarity in Phoenix so make sure you always have water with you during our summer months.  You can’t have enough.  Arizona is an amazing place to call home even in our rainy season, which is best   known as, The Monsoons.

Though the word monsoon is often used to refer to a single thunderstorm, it is actually the name of the large scale weather pattern. The word derives from the word mausin, Arabic for “season” or “wind shift.” It is now used to refer to a seasonal wind shift and the precipitation produced as a result. Parts of Africa, Asia, North America, Australia, and Europe experience a monsoon season.

A monsoon is caused by warm air creating surface low pressure zones that in turn draw moist air from the oceans. Arizona winds usually come from the west, but shift to a southeasterly wind in the summer, bringing moisture, most often from the Gulfs of Mexico and California. The wind shift and increase in moisture combine with the surface low pressure from the desert heat to produce storms in a cycle of “bursts” (heavy rainfall) and “breaks” (reduced rainfall). Before the rain, the wind shift can trigger dust storms known as haboobs, which appear as loose swirling walls of dust several hundred feet high.  A haboob is a type of intense dust storm carried on an atmospheric gravity current, also known as a weather front. Haboobs occur regularly in dry land area regions throughout the world.

WHAT TO LOOK FOR IN A MONSOON STORM

Summer storms can be dangerous for Arizona residents. Flash floods can be dangerous to drivers, hikers, and people near washes. Winds almost always exceed 40 mph and can create severe dust storms. Tornados are not common in Arizona, but they are recorded a few times per year. Hail is more likely in mountain areas.   Downpours are often short in duration, but rainfall is quick and heavy. In mountainous areas, the torrent can cause flash floods capable of downing vegetation and relocating boulders. When water picks up debris, the combined force of the roiling water and heavy objects is capable of causing mudslides that can wipe out trees or trails in a matter of minutes. Excessive heat is dangerous during the monsoon season, as it is all summer. High temperatures can be more dangerous when combined with the high humidity.

Tornadoes are relatively uncommon in Arizona, but during the monsoon, there are times when people will report tornado-type activity. If you experience damaging, sometimes rotating winds with debris being scattered it is more likely that the phenomenon is a microburst. This type of quick-hitting storm is part of the monsoon season. 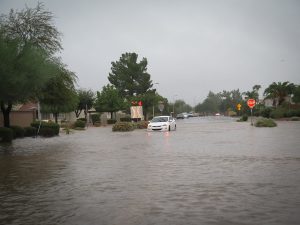 All over Arizona you will see dry riverbeds called washes. During monsoon these washes can fill with water very suddenly. In fact, it may not even be raining where you are for a wash to fill with water. The rainstorm may be happening upstream from you. This flash flooding happens during the monsoon and so cars, people and even cattle can become stranded or swept away. During the summer monsoon when there’s lots of water either standing or flowing across roads and through washes. It is very important to avoid driving through these flooded areas.

Be safe during the monsoon season! Homeowners who live in flood areas should take necessary precautions to protect themselves and their homes, and drivers should never enter flooded areas. Hikers and campers should avoid canyons with steep sides. If thunder is audible, lightning is close and it is advised to go indoors and remain there until 30 minutes after the last lightning sighting. Be sure to avoid downed power lines. Dust storms are often an underrated danger. Dust storms are especially dangerous to drivers. If caught in a dust storm, immediately pull off the road, turn your car off, and take your foot off the brake pedal.

When summer storms come around, all that wind, dust and rain can cause damage to a home. Beware of scam artists looking to take advantage of the homeowners’ distress by offering cheap home repairs or landscape work after a monsoon storm. It’s important to get several bids and the lowest, especially if it is much lower than the others, may indicate a scam. Be sure and check that the business is properly licensed and in good standing before accepting their bid. 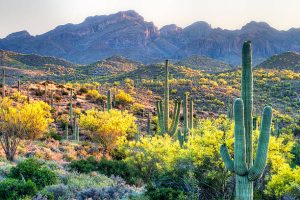 In addition to replenishing basin groundwater, the monsoon season also recharges riparian areas like our surrounding River Basins. Monsoon floodwaters are a major source of water for these areas. The downpour from monsoon thunderstorms spur plant growth. Desert plants absorb moisture to sustain themselves after the wet season ends. Dry washes or rivers can become filled with raging waters due to water downpour and flash floods. These wash and river streams are vital to the life cycle of the desert floor that surrounds Phoenix to help replenish our ground water tables for future growth.